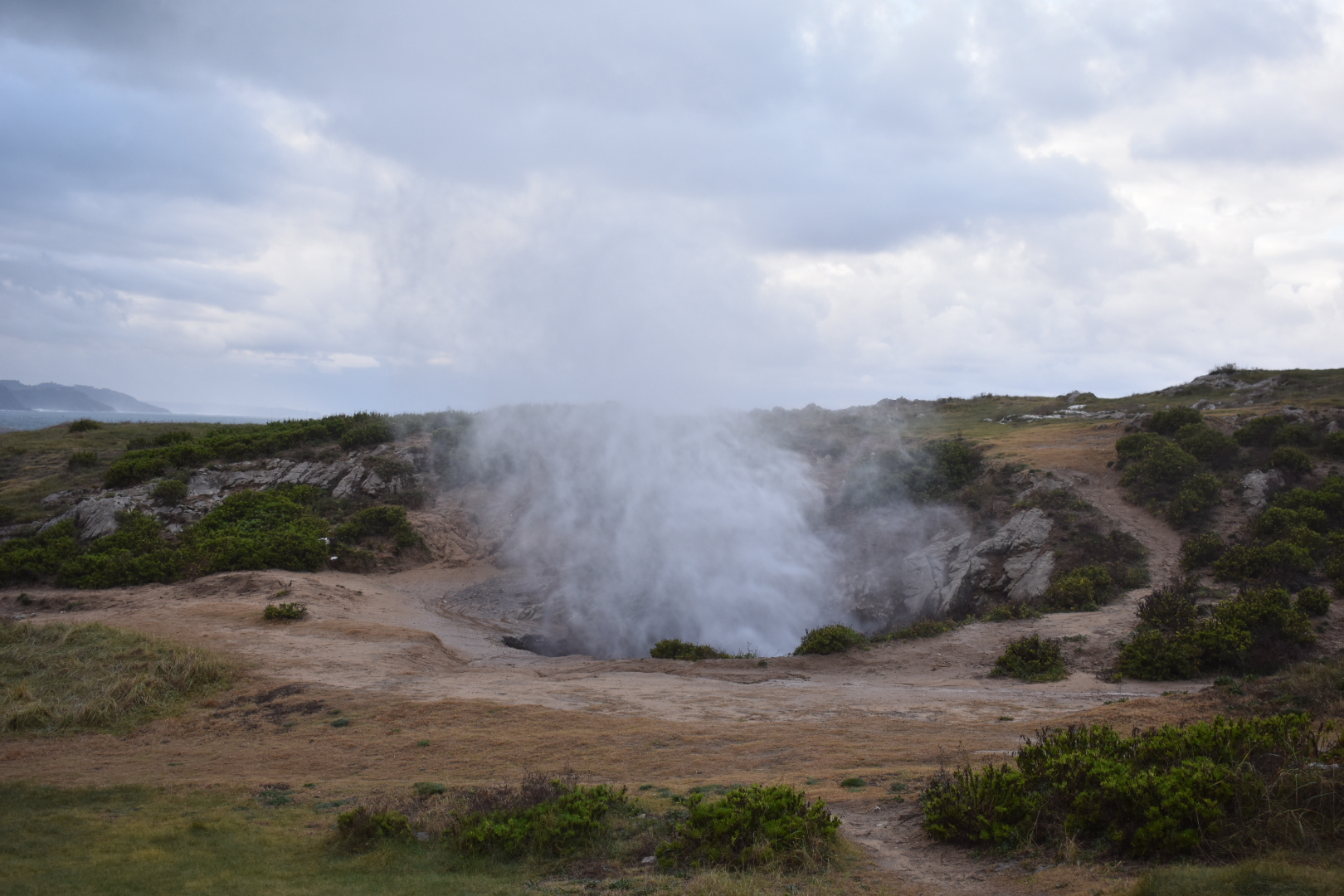 We left the campsite this morning amid heavy showers eventually, fooling with the lights to put on the beam deflectors and using the heater over a couple of days had drained the starter battery (the only one we haven’t replaced). 10 mins on charge and we were up and running.

Our first stop was Aldi at Torrelavega, and true to form they had what we were looking for as well as our grocery shopping, a sewing kit! Saira intends taking up the curtains in the next few days. A bottle of wine was 89 cents and doesn’t taste like crap!

Next stop was Playa De Baro, 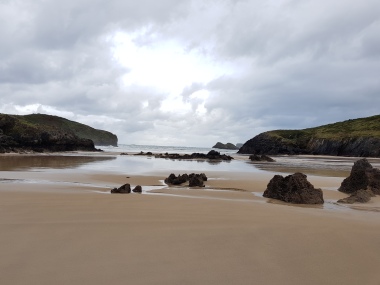 We stopped for a walk, pan pizza (I’ll explain that delicacy at some stage) and coffee and a vague plan to stay there the night.

A look at an app we’re using (park4night) changed that. I saw this intriguing post about one of the spots, it went on about baffons I presumed it was a bad Google translation, but the next post and the next and the next went on about these baffons so I Googled it, this was our next stop and well worth it. 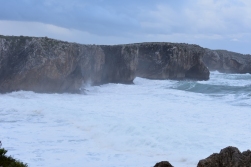 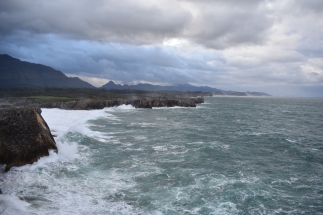 What is a Buffoon? (Taken from Wikipedia)

“A buffoon is a karstic formation consisting of a vertical hole formed a few meters from the edge of a limestone cliff and which communicates with the sea below. When the tide rises and the waves beat with force, it ejects upwards a jet of sprayed seawater, which causes a characteristic sound that is what gives it the name of buffoon. The sprayed water column can reach more than 10 meters high and the snort can be heard for several kilometers”

Our day has been completed by parking up with another couple of vans by Playa de Vega it was dark when we arrived so no photos yet!

2 thoughts on “The Buffoons!”