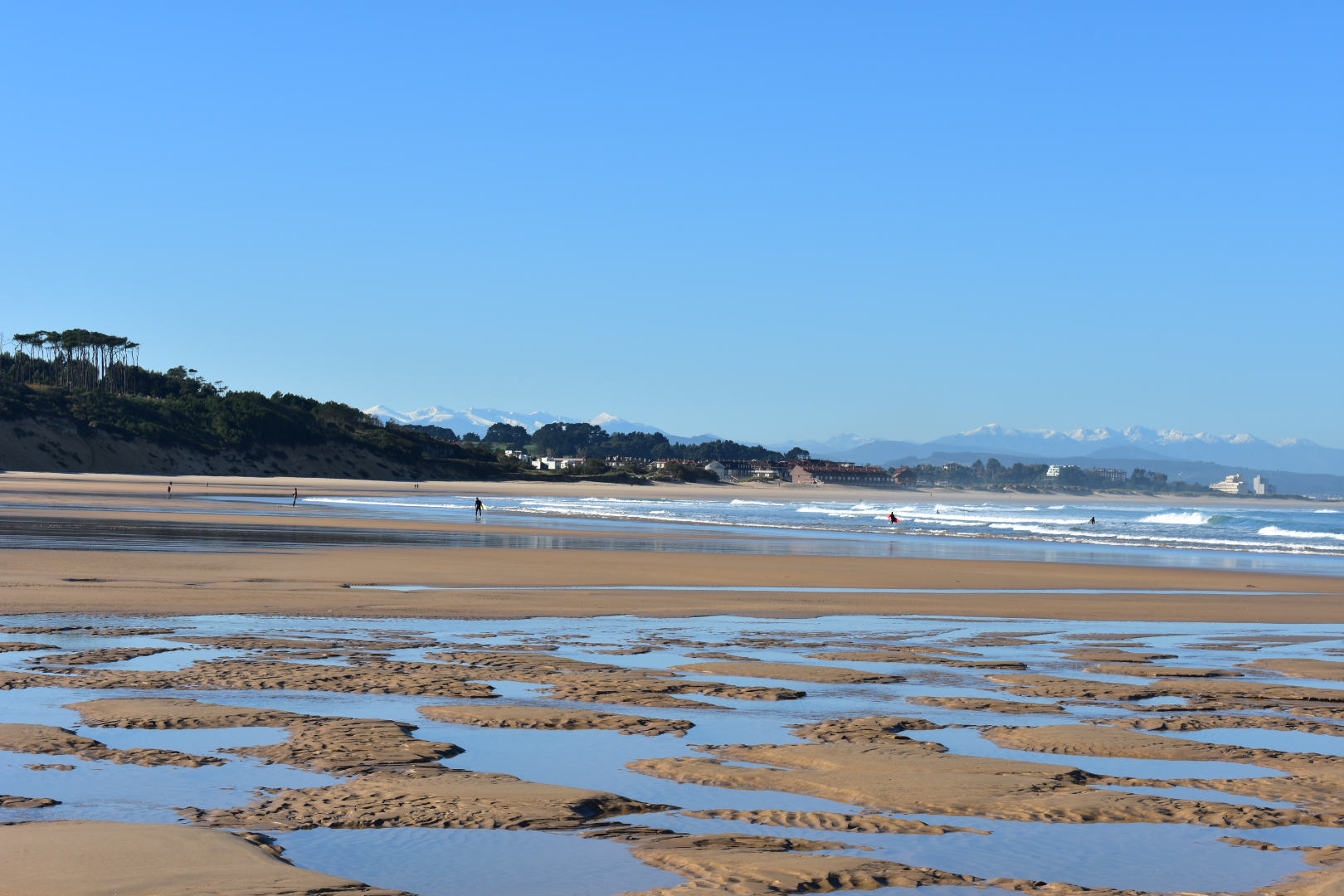 We started today with coffees and a walk along the beach here at Loredo. In the distance there were snowcapped mountains with sun glistening on their peaks, but even at an early(ish) hour, surfers were taking their places amongst the waves. It looked like a  group were down from the local school for a PE lesson. Imagine, PE comprising of surfing. I know a few youngsters who would love that as opposed to cross country in the rain.

We then spent a few hours doing jobs in the van – everything was really cluttered and long term we need to be a bit more ordered. It’s all very well having dirty knickers on the floor during a weekend trip but it’s a different matter when we are living in here for 9 months. Two people, two dogs and a 6 by 2 metre space is going to take some organising. We seem to be sorting a reasonable division of labour too.  This is something I worry about as I have a tendency to laziness where household stuff is concerned and it would be really easy to let Si do everything.

This afternoon we took to the beach again and trialled the dogs’ long leads. Very handy it turns out as Scrappy has a tendency to get over excited by everything and everyone. They’re a bit cumbersome being 15 metres long but will be useful when we want to run the dogs but don’t want them off the lead.

The beach is huge. We walked for a mile and a half or so before heading back as Si was getting chilly. In the nick of time it turns out as no sooner had we got back to the van than it started raining. This might mean we forgo the fresh bread from the village and whatever other goodies we might have spotted for our tea. No matter though as we have supplies – and wine.

The campsite here is in a great position, just off the beach. It’s very quiet and does the basics  (ie. has toilets and showers, cold water washing up facilities and chemical waste disposal) but it’s a bit grotty – there has been an unemptied big bin full of food waste and stuff in the women’s toilet block since we arrived and no pretence has been made of cleaning anything by the campsite staff. In fact we didn’t see them at all yesterday and they only seemed to be around this morning for a couple of hours. At least we managed to book in and I was able to practice my appallingly bad Spanish briefly. I seem to remember lots of words but no grammar.

Simon says it feels like we’re on holiday. Which we are. For 9 months. Tomorrow more rain is predicted and we head westward. Via Aldi.

5 thoughts on “Surfers, mountains and miles of beach”